The English Guernsey Cattle Society was established in 1884 to provide a record of ancestry of Guernsey Cattle imported at around that time from Guernsey Island. The Herd Book has been published on an annual basis every year since, and lists the parentage and ownership and from the 1920’s has included milk production records.

The EGCS have a Council of members whom meet to set a budget to cover administration costs, which is mainly levied on an annual cost per cow. EGCS are involved in the selection of young bulls with high breeding potential and the collection and sale of their semen. There are also annual awards presented to recognize the high yielding and high type animals as well as bull progeny and cow family competitions.

As its name implies it was bred on the British Channel Island of Guernsey. It’s believed to been developed from 2 breeds which were brought over from France, Isigny cattle from Normandy and the Froment du Leon from Brittany.

It wasn’t until 1700 that the Guernsey was first recorded as a separate breed. Imports of foreign cattle being brought into Guernsey were forbidden in 1789 by the law to maintain the purity of the breed. However exports of cattle and semen were an important economic resource for the island. In the early 20th Century a number of Guernsey Cattle were exported to the USA and to the Commonwealth countries. Now, today the breed is well established in Britain, the USA, Australia, Canada, New Zealand and South Africa.

EGCS have maintained the Pedigree Herdbook for Guernseys since 1884, and are responsible for the accuracy of the pedigree system and for breed improvement.

The Guernsey is fawn and white and infamous for producing rich flavoured milk. 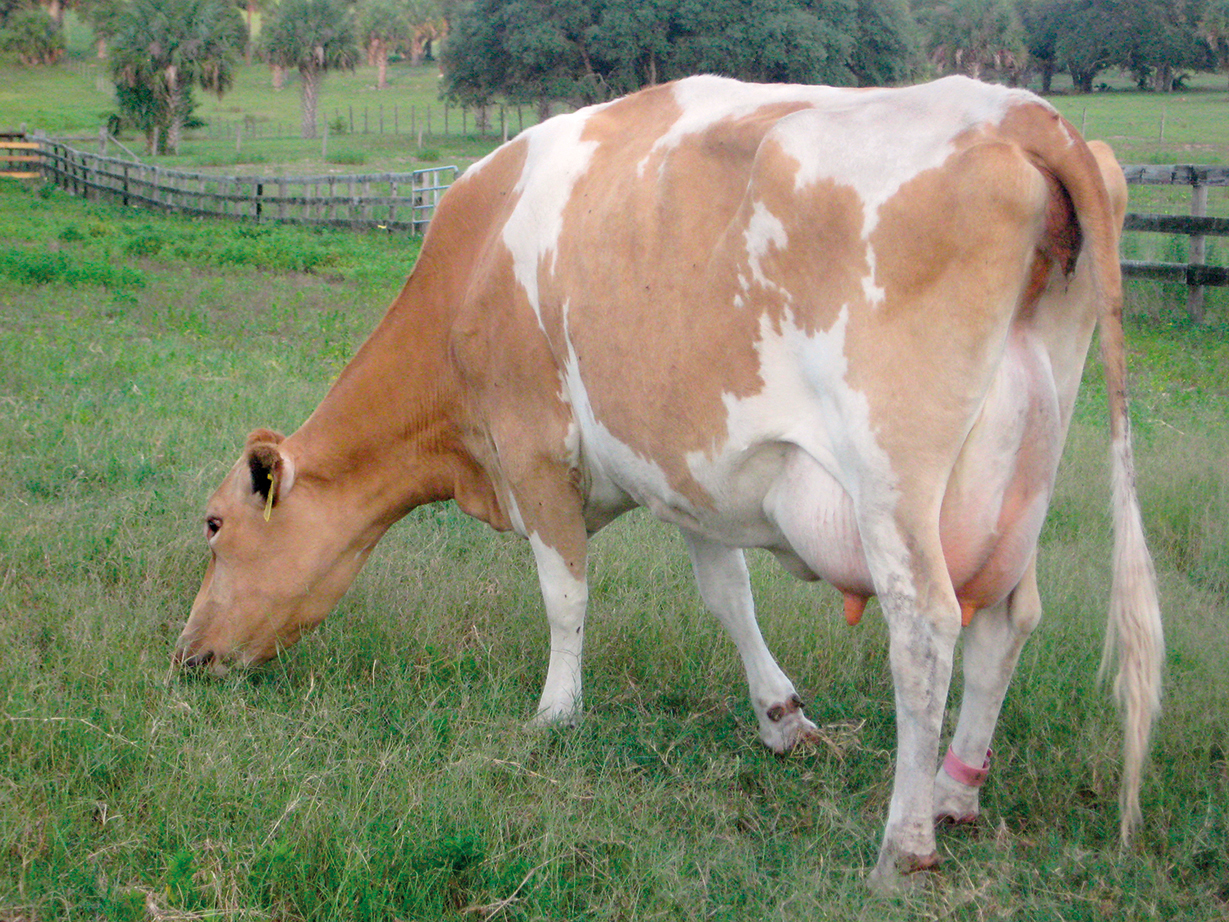